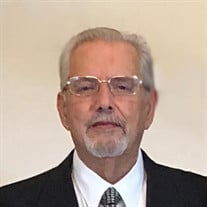 Chehade was the 10th of 11 children born in 1937 to Massad and Nazleh Boulos in Kafraka, the Koura region of Northern Lebanon, where he was raised along with his 8 brothers and 2 sisters. He was part of a prominent and well respected family who instilled in him the core values of faith, family, loyalty and service to others. At an early age, Chehade had demonstrated a strong sense of determination, tremendous courage and fearlessness, ready to do whatever it took to achieve his objectives, particularly when it came to protecting and defending his family. His dedication to his immediate and extended family was undeniable. His fiery personality along with a strong protective instinct and unwavering loyalty ensured that he was always the first to face any challenge that threatened those he cared for. He was a warrior and a deeply passionate man who loved without limits. On November 3, 1963 Chehade was married to Renee Sabga and together they had two sons, Salim and Joe. Chehade developed an insatiable appetite to explore, discover, try new things, and go to new places, which was demonstrated throughout his life. After his marriage in 1963 he lived with his family in Lebanon until 1969, at which time he immigrated his family to Trinidad where he lived until 1975. In 1976, he moved with his young family to Houston, Texas where they lived until 1989. By 1989 he sold his business interests in Houston, moved to Florida until 1993, at which point he moved to Charlotte, North Carolina where he lived until 1998. In 1999 he moved his business and family back to Trinidad but maintained his residence in Florida. These major life altering geographical shifts that few would dare to consider, he did effortlessly and without hesitation. He had an unending passion and need to satisfy his hunger for life, adventure, discovery, and for new beginnings meanwhile having an uncanny ability to make lifelong friends wherever he went. With his family at his side he explored and discovered many new places and cultures. Chehade took his family on numerous road trips across the American countryside, deep into Central and South America, over the Rocky Mountains, and into the beautiful Canadian countryside. He ventured into all corners of Europe and the Middle East, even into communist Eastern Europe during the height of the Cold War. He wanted and needed to live the stories that he would tell, stories of adventure and of challenges conquered. Chehade was an explorer who discovered by going courageously into all the things he did, including his professional life of more than 50 years in the petroleum and manufacturing industries. He was a creator, an inventor, and a story teller; often aweing engineers, scientists and technical experts with an almost supernatural intuition and ability to solve problems; as though the machines were listening and partnering with him in the process. His explorations were not just in his travels around the world where he discovered cultures and made new friends, but also in new businesses and innovations. These endeavors added to the stories he told as he shared his knowledge and experiences. Chehade lived his life in service of others. Whether it was his family, friends, business associates, or even the strangers he met along the way, Chehade impacted their lives in unimaginable ways. Assisting people was commonplace for Chehade. So many families that came from Lebanon to America started their journey in his home; whether it was a young man who was getting educated in the family, or a family member who was immigrating to America, Chehade assisted them in starting their endeavors. He never sought recognition as he helped others; he did it simply because he could and never looked back. Going back to the homeland of Lebanon was extremely important to Chehade. He made sure to travel there with his wife and children every year, regardless of the status of war; because to him, it was essential to sustain a connection to his roots, and to ensure that his children understood, and were proud of their heritage. Some of Chehade’s most memorable moments were spent at home in intimate family gatherings where he often hosted friends and relatives to share a meal, and he would sing in Arabic in a beautiful soft tone that somehow still exemplified his fiery passions. Chehade needed to live life to its fullest. To him everyone was an old friend, even if he was meeting them for the first time.After the passing of his younger brother, Riad, and the relentless onslaught of his illness, Chehade could bear no more. He has gone to the Kingdom of Heaven to join his brothers and sisters where he will continue to watch over and protect his loved ones, as he has always done. We shall always remember Chehade and his passion for life, his strength, his courage, his fearlessness, his intrigue, his dedication and his unconditional love. Chehade the explorer, the quiet conqueror, the magnificent story teller. Chehade is the last of his siblings and is survived by his sons Salim and Joe, his daughter-in-law Genevieve, and his six grandchildren; Chehade, Anthony, Michelle, Rene, Chris and Eric.

Chehade was the 10th of 11 children born in 1937 to Massad and Nazleh Boulos in Kafraka, the Koura region of Northern Lebanon, where he was raised along with his 8 brothers and 2 sisters. He was part of a prominent and well respected family... View Obituary & Service Information

The family of Chehade Massad Boulos created this Life Tributes page to make it easy to share your memories.