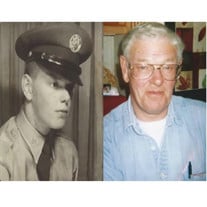 With great sorrow the family of Chuck Adams will have to say goodbye to a loving husband, father, grandfather, great-grandfather and friend to many. Chuck was born in Toppenish, WA on 11 January 1939 to Geneva and Charles Adams. The family moved to Alaska for a short time returning to Hartford Washington where he attended grade school in Lake Stevens and junior/high school in Everett. After high school Chuck enlisted in the Airforce with his first duty station in England. While in England Chuck married his high school sweetheart and wife of 60 years, Yvonne Edwards in Newberry, England (1956). The Airforce brought Chuck and his new family that now included Kimberley to Tucson Arizona where his family continued to grow with the addition of Jody. Chuck culminated his service of 10 years with the Airforce in Everett’s Paine field where the final surprise of the Adams clan, Chip, was born. Chuck worked his way through college at night graduating with a BA in business, while starting a career with GTE where he retired after 20 years. Chuck loved riding his Yamaha motorcycle with his wife and enjoyed sailing and snow skiing. He was a member of the Everett Yacht Club and dreamed of living out his retirement years on a sail boat. After consulting with Yvonne, they settled on traveling the country in their motorhome chasing sunshine from the Atlantic to Pacific, anywhere the temperature was above 80, with pit stops in Tucson for a few rounds of golf. He was a voracious reader (we called him our walking google) and loved his “toddy” time. Chuck was preceded in death by his parents and 2 brothers, Bill Adams and Dennis Adams. He is survived by his wife of 60 years Yvonne, daughter Kimberley (David) Dean, 2 sons Jody (Myly) Adams and Chip (Claudia) Adams, brother George Kivett, 9 grandchildren (Aaron, Travis, Randy, Jennifer, Lisa, Jenna, Lyan, Chas and Krystal) and 14 great-grandchildren, sister-in-law Shirley Thomas, many cousins and friends. We will miss him in so many loving ways. He was such a special person to all of us and the many wonderful memories of him will continue in our hearts. Until we meet again. There will be a celebration of Chuck’s life at a time to be determined in the future. The family would like to extend a special thank you to the Whatcom County Emergency Services. Share your memories at www.westfordfuneralhome.com.

With great sorrow the family of Chuck Adams will have to say goodbye to a loving husband, father, grandfather, great-grandfather and friend to many. Chuck was born in Toppenish, WA on 11 January 1939 to Geneva and Charles Adams. The family... View Obituary & Service Information

The family of Charles “Chuck” F. Adams created this Life Tributes page to make it easy to share your memories.

With great sorrow the family of Chuck Adams will have to say...