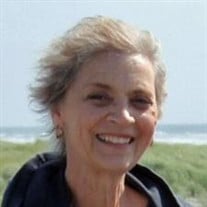 Carol Lynn (Liburdy) Davis went home on April 21, 2015 surrounded by her family after a brief struggle with an aggressive cancer. She was born on Father’s Day on June 16, 1946 in Long Beach, CA to Anthony and Margaret Liburdy. She was raised in Seattle and graduated from Central Washington University in 1968 with an Elementary Teaching degree. There she met the love of her life, Steve Davis, and they were married on August 19, 1967 in Seattle, WA. Steve enlisted in the Air Force and after traveling with the military they settled in Durango, CO where their first daughter, Mona, was born. They soon moved to Eagle River, AK and completed their family with second daughter, Cari. There they dedicated their lives to Christ and began a shared ministry with married couples. They moved to Bellingham in 1987, fulfilling Carol’s dream of returning to the Pacific Northwest. They joined Geneva Community Church which became Northlake Community Church. Carol soon discovered her gift for service as a Life Skills Para Educator working at Geneva and Carl Cozier Elementary Schools and touching many lives with her gentle spirit. Carol served on the Firs Council and was recently nominated to be a deacon at Northlake. She loved her family, friends, dogs, walks, travel, cooking and cookies. She was the family historian and recently took a dream vacation to Italy after researching her roots there. She was preceded in death by her parents and is survived by her husband Steve, daughters Mona Davis (Mike) and Cari Chan (Ficus), granddaughters Senna and Aven, sisters Mary Erickson (Phil) and Ann Henrie (Scott), brother Frank (Barb), and numerous nieces and nephews. A memorial service will be held at Northlake Community Church on Friday, May 1st at 1 PM. Reception following. Rev. Jeff Geise will be officiating.

Carol Lynn (Liburdy) Davis went home on April 21, 2015 surrounded by her family after a brief struggle with an aggressive cancer. She was born on Father&#8217;s Day on June 16, 1946 in Long Beach, CA to Anthony and Margaret Liburdy. She was... View Obituary & Service Information

The family of Carol Lynn Davis created this Life Tributes page to make it easy to share your memories.