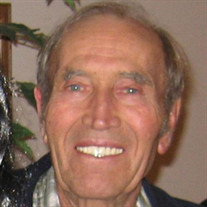 Bobby D. "Bob" Green, age 82 of Bellingham, passed away Thursday, March 12, 2020. He was born at the family ranch on September 16, 1937 in White River, South Dakota, to Everett and Fern (Ulrich) Green. He graduated from White River High School in 1955, then joined the U.S. Navy in 1958. He spent much of his almost 20 year naval career attached to squadrons deployed from naval bases to aircraft carriers. Bob met and married his first wife, Joyce Miller, and had a daughter, Bobbi. They divorced in 1962. While stationed at Whidbey Island Naval Air Base he met and married Molly (Lowry) Nichols in 1964 and had two children, Shawn and Marci. After leaving the Navy in 1977, they moved to Bellingham. Bob worked for the Oeser Company, and retired in 1999. Bob was preceded in death by his parents, daughter Marci Ann Green, sisters Marguerite Oyler, Darlene Hutchinson, and Jeanette Cline, and brother Everett Green, Jr. Bob is survived by his devoted wife of almost 56 years, Molly; daughter Bobbi DeFlyer of Elma; son Shawn (Bobbi) Green of Bellingham; grandson Collin Green of Ferndale; and brothers Gene Green of White River, SD, and Alan Green of Valentine, NE. A private family gathering will be held. Memorials can be made to Whatcom Hospice, 2800 Douglas Ave., Bellingham, WA 98225. You may share memories with the family at www.westfordfuneralhome.com.

The family of Bobby D. "Bob" Green created this Life Tributes page to make it easy to share your memories.