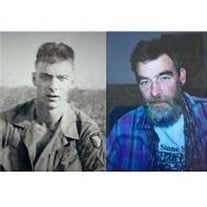 Bill Distler, devoted husband, father, brother, friend, and peacemaker, walked on in spirit, embraced by his beloved family, on June 5, 2017. Bill was born in Brooklyn, New York on April 4, 1947 to Harry and Rita Distler, and moved to Bellingham in 1980. He leaves his wife Lisa, daughter Lily, son Ian, and sisters Lynn and Mary; predeceased by his brother Ken. Bill was a squad leader in the 101st Airborne Division in Vietnam in 1968, where he became a witness to war. He devoted much of the rest of his life to peace and social justice in Central America, Afghanistan, Iraq and the United States. For 22 years, Bill worked as a miller and operator at the Fairhaven Organic Flour Mill. He travelled with delegations to Nicaragua and El Salvador four times between 1983 and 1991 to work for peace in those war-torn countries. In 2000, Bill married Lisa and opened a new chapter in his life, becoming a devoted and loving family man. In 2008, he contested Washington State's Second Congressional District as a peace candidate. He was a founding member of Veterans for Peace in Bellingham and was awarded the Howard Harris Lifetime Peacemaker Award in 2009. Bill brought his vision of ending all war to many thousands of people through media articles, speaking regularly at vigils, marches, and campaigns. The impact of his speaking directly to high school and college students was profoundly effective. He is greatly missed and remembered as a gentle, loving man who faced life's challenges with strength, grace, humor and an open heart. "Well done, good and faithful servant." Friends have established a fund for Bill and his family at GoFundMe.com. Services will be held on Saturday, June 10th as follows; Graveside Service with Military Honors at 12 Noon at Bayview Cemetery, 1420 Woburn St., Celebration of Life Service at 1 PM at Westford Funeral Home, 1301 Broadway St. Reception following across the street at Broadway Hall. You may share memories with the family at www.westfordfuneralhome.com.

Bill Distler, devoted husband, father, brother, friend, and peacemaker, walked on in spirit, embraced by his beloved family, on June 5, 2017. Bill was born in Brooklyn, New York on April 4, 1947 to Harry and Rita Distler, and moved to Bellingham... View Obituary & Service Information

The family of Bill Distler created this Life Tributes page to make it easy to share your memories.