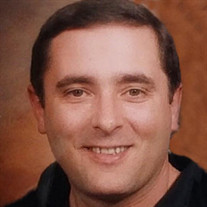 Bert James Kramme, born on June 23, 1962, to Gayla and John Kramme, passed away on March 20, 2017. Bert was an outdoor man from the start. “B. J.”, as his family knew him, also earned the name, “Pig Pen” from his Uncle Tom. He and his brothers, Curt and Pat, spent many hours working for the family business, the Doran Riding Stables, future home of the Loomis Trail Golf Course. He, with friends Eric and Jim by his side, would explore California Creek for hours. It must have been there that he came upon his fondness for water. One of his favorite hobbies, photography, would almost always feature the ocean, rivers, shore birds, and wildlife. Athletic by nature, Bert was a member of the 1978 Blaine High School football state championship team where he set the record for most points scored by a high school kicker in the King Dome. Music was another love as Bert attended countless concerts with friends. Most recently, he and his daughter, Emily, went to see Billy Joel live. He loved taking his son, Eli, to Mariner games and recently passed his love for baseball on to the next generation. Bert had an uncanny knack for fixing things, which led to his career of almost 15 years at the Intel Corporation. He made good friends in both the Arizona and Oregon facilities and was appreciated by many in the work place for his contributions. Among other qualities, he was a phenomenal “Pop Pops” and loved spending time with his grandchildren, Luke and Genevieve. He is survived by his wife of almost 30 years, Tami Kramme, Blaine, son Eli (Kelsey) Kramme, Blaine, daughter Emily (Leckie) Gunter, Renton, parents, John and Gayla Kramme, Casa Grande, AZ, brothers, Curt (Wendy), Lynden, Pat (Julie), Blaine, grandchildren, Genevieve Gunter and Luke Kramme and his favorite dog, Archy. He is also survived by numerous aunts, uncles, cousins, nieces, nephews and sister/brother/parent-in-laws. He was taken too soon, unexpectedly, and had so many things left to do. He will be missed incredibly and is loved by so many. Visitation will be held at Westford Funeral Home on Friday, March 24th from 3-5 PM. A Celebration of Bert’s life will be held at Westford Funeral Home on Saturday, March 25th at 1 PM. You may share memories with the family at www.westfordfuneralhome.com.

The family of Bert James Kramme created this Life Tributes page to make it easy to share your memories.