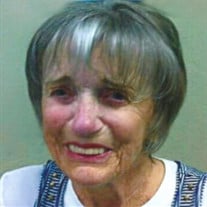 Born 9/9/1926 at the home of her grandparents in Monroe, WA. She lived there with her mother, Marian Elizabeth Fleming Cheatley, her beloved brother Bill Cheatley, and extended family in the home her grandparents had homesteaded in the early 1900's. She attended school in Monroe until 8th grade when the family moved to Warm Beach. Barbara attended Stanwood High School and graduated in the famous class of 1944. She met her future husband Jerry F. Starr of Arlington and they moved to Bellingham while Jerry attended Western Washington College and played basketball. They lived in campus housing and had their first child, Janet, in 1948. Jerry was an entrepreneur and ran concessions at Battersby field to earn money while continuing his education. They bought their first home in Bellingham and welcomed their second daughter Mary Jo. Barbara and Jerry were very active in community service all their lives. Barbara was State President of the Jaycee wives, was very active in Blossomtime activities, serving as chaperone for the Blossomtime Court for several seasons. They were members of the Yacht Club and Bellingham Golf and Country Club. Barbara and Jerry welcomed third daughter Margee and moved to their long time residence on North Park Drive. Son Joel was welcomed in 1955. The house was a beehive of activity, with neighbors and friends playing marathon bridge games and enjoying oyster feeds in the back yard. Jerry passed away in 1970. Barbara was a homemaker until she hired at the Whatcom County Community Alcohol Center in the early 60's. She later took a position as the first Director of the Clark County Alcohol Center and was instrumental in starting SWARF Treatment Center, which still exists today. She attended Rutgers University and the University of Utah in the field of alcoholism. Later she moved to Bellevue, WA and ran the center there for many years until her retirement. She was instrumental in working with experts and legislators to decriminalize alcohol offenses and get help for people afflicted. She worked tirelessly to have alcohol addiction declared a disease. Recognized for her abilities and dedication to "get things done" she eventually was the first and only female Chair of the National Council on Alcoholism. She was asked to take a cabinet level appointment serving on the National Institute of Alcohol Abuse and Alcoholism (NIAAA) during the Reagan Administration, again the only woman and non-academic. She was part of a group of twenty who traveled to the Soviet Union in the late 1980's to help educate the Soviet physicians and scientists on the concept of alcoholism as a disease. This was during the Cold War and they were followed, recorded and searched, but were somehow allowed to do their work. People in that region now have many more options open to them. Upon her retirement Barbara moved back to Bellingham. She became a champion golfer, team captain of the Women’s Division of the Country Club, and traveled the world with her golf buddies. She was a champion duplicate bridge player. In 1994 Barbara attended the 50th reunion of Monroe High School and there she met her kindergarten boyfriend, Johnny Gregerson. They were married later that year. As her grandchildren came along, she doted on each and every one. They could do no wrong in her eyes and whatever they wanted was the menu of the day. "Who's going to spoil them if I don't!" Barbara is survived by her four children, Janet Starr, Mary Jo (Bob) McCoy, Margee Starr (Mike Goff) and Joel (Karen) Starr, step-daughter Jackie Shaffer, 13 grandchildren, 15 great-grandchildren, sister Nancy Sparrow and brother Jack Ihde. Barbara was preceded in death by her first husband Jerry F. Starr in 1970, her second husband Col. Johnny O. Gregerson, USMC, in 2015, step-son Eric Gregerson in 2016 and her beloved brother Bill Cheatley in 2012. The family wishes to thank Dr. Rick Binder for his compassionate care, the staff at North Cascades, St. Francis and Shuksan. The people who work in elder care are the unsung heroes. Memorials in Barbara’s name may be made to the Lighthouse Mission. Mass of Christian Burial will be held at Church of the Assumption on Friday, June 23rd at 10:30 AM. Reception following at the Church. You may share memories with the family at www.westfordfuneralhome.com.

Born 9/9/1926 at the home of her grandparents in Monroe, WA. She lived there with her mother, Marian Elizabeth Fleming Cheatley, her beloved brother Bill Cheatley, and extended family in the home her grandparents had homesteaded in the early... View Obituary & Service Information

The family of Barbara Starr Gregerson created this Life Tributes page to make it easy to share your memories.