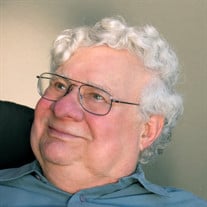 Arthur Caputi (B.S., M.S.) was born in Englewood, New Jersey on April 21, 1935. He lost his 15 year battle with prostate cancer on April 11, 2015, and is now at rest. Art retired in 2000 after a 50 year career with the world’s largest winery where he held the position of Director of Research & Technical Director, ultimately retiring as Vice President of Technical Services. He published over 30 scientific papers and holds several patents. As a world leader in the wine industry, he served for many years as the official United States delegate to the Wine Technology Group of Experts of the Office International de la Vigne et du Vin (OIV) the most important international group dealing with grapes and wine. He was also active in the OIV Subcommission on Methods of Analysis and the Group of Experts that draws up the OIV Code of Enological Practices. In recognition of his contributions to this organization, he was presented the OIV Award of Merit in 1999, one of the very few Americans to be so honored. As Chairman of the Wine Institute Technical Committee for two decades, he had been instrumental in successfully guiding the work of that group in numerous areas critical to the grape and wine industries. He had also headed numerous Wine Institute subcommittees dealing with such regulatory bodies as the Bureau of Alcohol, Tobacco, and Firearms, the Department of Agriculture, the U.S. Food and Drug Administration, both Federal and State EPA, the California Air Resources Board and a number of water quality and waste management agencies. He had received the highly coveted Merit Award of the American Society for Enology and Viticulture. He had served the Society first as its Technical Projects Director, then as President, and later as the Editor of the American Journal of Enology and Viticulture. He acted as Enology Editor of that publication, the most prestigious English language scientific journal in the field. Art acted as editor of the chapter on wine analysis in the Official Methods of Analysis of AOAC International for nearly thirty years and was elected a Fellow of that organization. He has served as the Liaison Officer between AOAC and the American Society for Enology and Viticulture for over 30 years. Art always remarked that the colleagues he worked with in the wine industry were the finest people he had ever associated with. Those who knew him knew him to be a selfless, humble, generous and kind man. He had a great sense of humor that will be missed by many of his friends and family members. Art was a voracious traveler and in the last several years, had discovered the joys of cruising. He and Marti visited all continents except Antarctica. Art loved classical music and opera ever since his days at UC Berkeley. In Bellingham, Art developed deep friendships with the musicians of the Bellingham Festival of Music, and was a significant supporter of the festival. He had a life-long love of fishing and woodworking, he was an accomplished photographer, and he enjoyed boating on Bob Snowball’s boat. He was preceded in death by his parents, Despina and Ottilio (Arthur) Caputi. Art is survived by his wife of 52 years, Marti Cadoret Caputi of Bellingham, his daughter Amy (David) Snyder of Las Vegas, NV, brother-in-law Charles (Margo) Cadoret of Ferndale, and his grieving dog Duffy. Memorials may be made to the Whatcom Humane Society (2172 Division St., Bellingham 98226) or the Bellingham Festival of Music (P.O. Box 818, Bellingham, WA, 98227). A brief graveside committal will be at Bayview Cemetery at 10:30 AM on Thursday, April 16th. A Celebration of Art’s life will be held on July 8th, details to be announced.

The family of Arthur Caputi created this Life Tributes page to make it easy to share your memories.