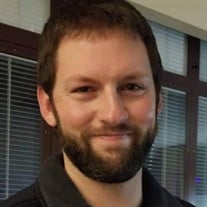 Allen Sutton passed away on March 8, 2021 in Burien, Washington. Allen was born on November 21, 1994 in Colorado Springs, Colorado to Shane and Suzie (Carson) Sutton. Allen and Lacey first met in 2000 on the first day of Kindergarten. They had been neighbors ever since Allen and his family moved from Colorado Springs to the Lummi Reservation. During that first year they were often playmates until Allen decided that throwing rocks at cars passing in front of Lacey’s house would be a good idea. They were caught and ended up in a lot of trouble with both sets of parents and Allen was walked home by his mother which he always described as the “longest walk of his life.” After that Lacey was homeschooled and they didn’t see each other again until 2012. Allen’s family moved to Maui in 2011 and Allen moved back to Ferndale later that same year to finish high school. They both enrolled in Running Start at Whatcom Community College and ended up in the same chemistry class. Lacey then went up to Allen after roll was called for the first time and asked, “are you the Allen Sutton who likes to throw rocks at cars?” They were lab partners after that and at Allen’s request, studied together every day that quarter. Allen moved back to Maui after graduation and Lacey began her Bachelor’s degree at Western Washington University. In July of 2014, Allen moved back to Ferndale and lived with the Garcia family. After a road trip down the coast, Allen texted Lacey and asked her to Menchie’s. After 3 hours of catching up and laughing together they agreed to hang out again. On October 8th of 2014, Allen took Lacey to the top of the Arboretum on Western’s campus and asked her to be a “big part of his life.” A few weeks later, he told her that he was in love and she told him that she was too. Allen went back to Maui for Christmas break that year and during that time decided that they should be together forever. On April 21st he proposed to Lacey in her parent’s front yard where it all began 15 years before and she said yes. On March 30th, 2017 Allen started his flight training and the very next day his first-born son Shaun was born and Allen became a proud and loving father. He finished his training for his private license before the end of that year. In 2018 Allen completed his instrument endorsement and commercial license. In 2019 he completed his CFI and was hired at Rainier Flight Service accomplishing one of his life-long goals of getting paid to fly. 2020 was full of adventure with his brother Jared diving every single day for weeks spearing enough ling cod to feed his family for months. In the fall they purchased the very same home where their love story began. Allen earned his CFII rating in the fall. Allen’s second son, Max, was born December 31st, 2020 completing his family of four. Allen not only touched people's lives, but every part of our Earth. He loved the ocean, from the depths reached during SCUBA and free-diving to the surface on paddleboards, surfboards, kayaks, and boogie boards. He loved the earth, planting and chopping down trees, being the driver for long road trips to the coast and down to California, working on the boat and their cars, and mowing the lawn with Shaun on his lap. He loved the sky, and loved sharing his love for the air with everyone who loved him. Allen was the hardest working, most loving, smartest, most talented, and most dedicated husband, father, brother, and son. Allen was preceded in death by his grandparents Lake and Betty Sutton, Robert Carson and Ha-le Clarke. He is survived by his wife Lacey and their children Shaun and Max, his parents Shane and Suzie Sutton, sisters Heather (Bradley) Blucher and Amanda Sutton, brother Jared (Jane) Garcia, grandmother Sandra Carson, parents-in-law Wayne and Kim Walker, sisters-in-law Whitney (Kyren) Block, Britt (Eric) Conn, brother-in-law Brook Walker as well as many other extended family and friends. A Mass of Christian Burial will be held at Sacred Heart on Monday, March 15th at 11. There will be seating available for 80 people in the church with overflow provided across the street at the Parish Hall. A livestream of the service will be available at www.westfordfuneralhome.com. After the service, the family would welcome any and all who would like to come to Allen and Lacey's home to talk and laugh and celebrate Allen's full life. Memorials may be made to the GoFundMe “Allen Sutton’s Funeral Service” (https://gofund.me/727cdb52). You may share your memories of Allen with the family and view the livestream at www.westfordfuneralhome.com.

Allen Sutton passed away on March 8, 2021 in Burien, Washington. Allen was born on November 21, 1994 in Colorado Springs, Colorado to Shane and Suzie (Carson) Sutton. Allen and Lacey first met in 2000 on the first day of Kindergarten. They... View Obituary & Service Information

The family of Allen Shane Sutton created this Life Tributes page to make it easy to share your memories.